Consisting of 82 officers and 1,023 men, this top-secret unit was capable of simulating two whole divisions (approximately 30,000 men) and used inflatable tanks and vehicles, fake radio traffic, sound effects, and even phony generals to fool German forces during WWII’s final year. The exhibition details the 22 large-scale deceptions launched by the “Ghost Army” from Normandy to the Rhine River between D-Day and the end of the war, shedding light on a story that was kept secret for over 50 years after the war. 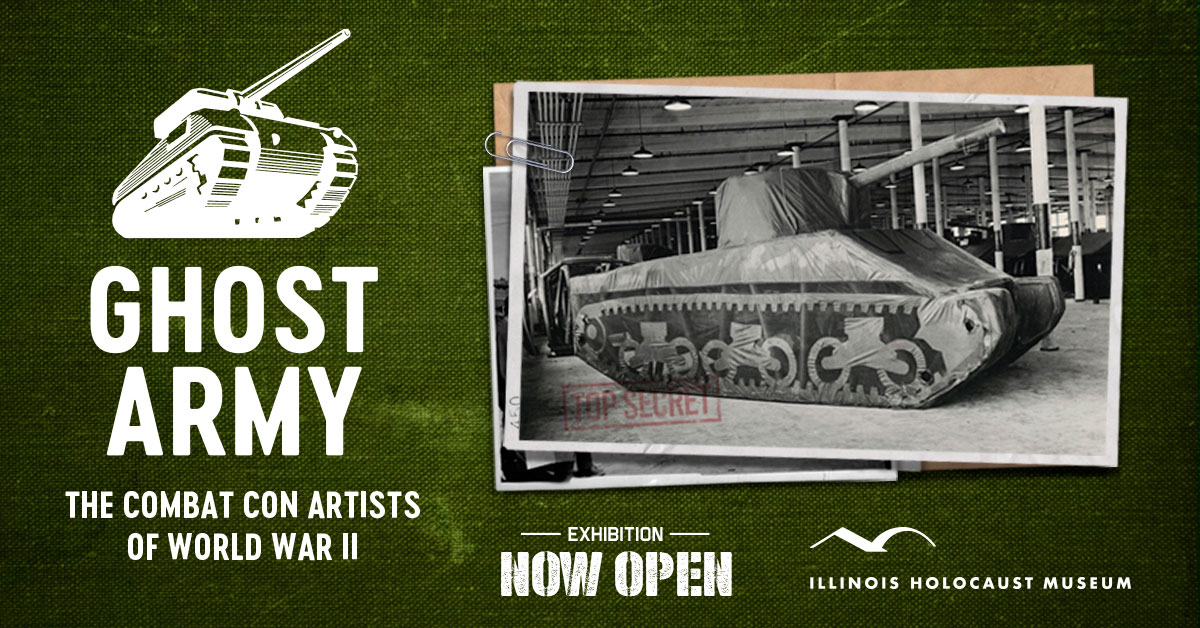 This project was partially funded by a grant from the Illinois Department of Commerce and Economic Opportunity, Office of Tourism.