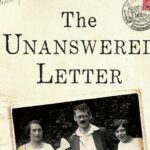 Reserve My Spot Purchase the book

As the Nazis closed in on Central Europe in 1939, Alfred Berger mailed a desperate letter to an American stranger who happened to share his last name. He begged the American recipient of the letter: “You are surely informed about the situation of all Jews in Central Europe… By pure chance I got your address… Help us… It is our last and only hope.”

Decades later, Alfred’s letter ended up in the hands of Faris Cassell, a journalist who couldn’t rest until she discovered the ending of the story. Did the Bergers’ desperate letter find a response? Did they – and their daughters – survive? Did they leave living descendants? After a decade of research and travel, Cassell wrote a book, The Unanswered Letter, that shares a dramatic and inspiring story of love, courage, and hope that is relevant to our lives today.

Join us for a virtual discussion with Cassell as we will discuss the discoveries that resulted in her book, which has won awards in the 2021 National Jewish Book Award/Holocaust category and first place in American Society of Journalists and Authors Awards/History category.