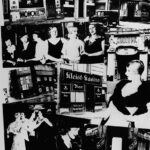 Prior to the Nazis coming to power in 1933, Berlin was home to a visible and vibrant LGBTQ community. The situation changed drastically under the Nazi regime, when the LGBTQ community became targets of persecution, imprisonment, and murder. Liberation did not bring freedom, as “homosexuality” remained illegal long after Nazi Germany was defeated. In this workshop, educators will learn more about the history of the LGBTQ community in Nazi Germany and leave with a toolkit of classroom resources, including primary source documents and Eyewitness testimony, that explores larger themes of public denouncement of individuals, LGBTQ experiences in the Nazi camp system, and the struggle for freedom and equality after liberation in 1945.