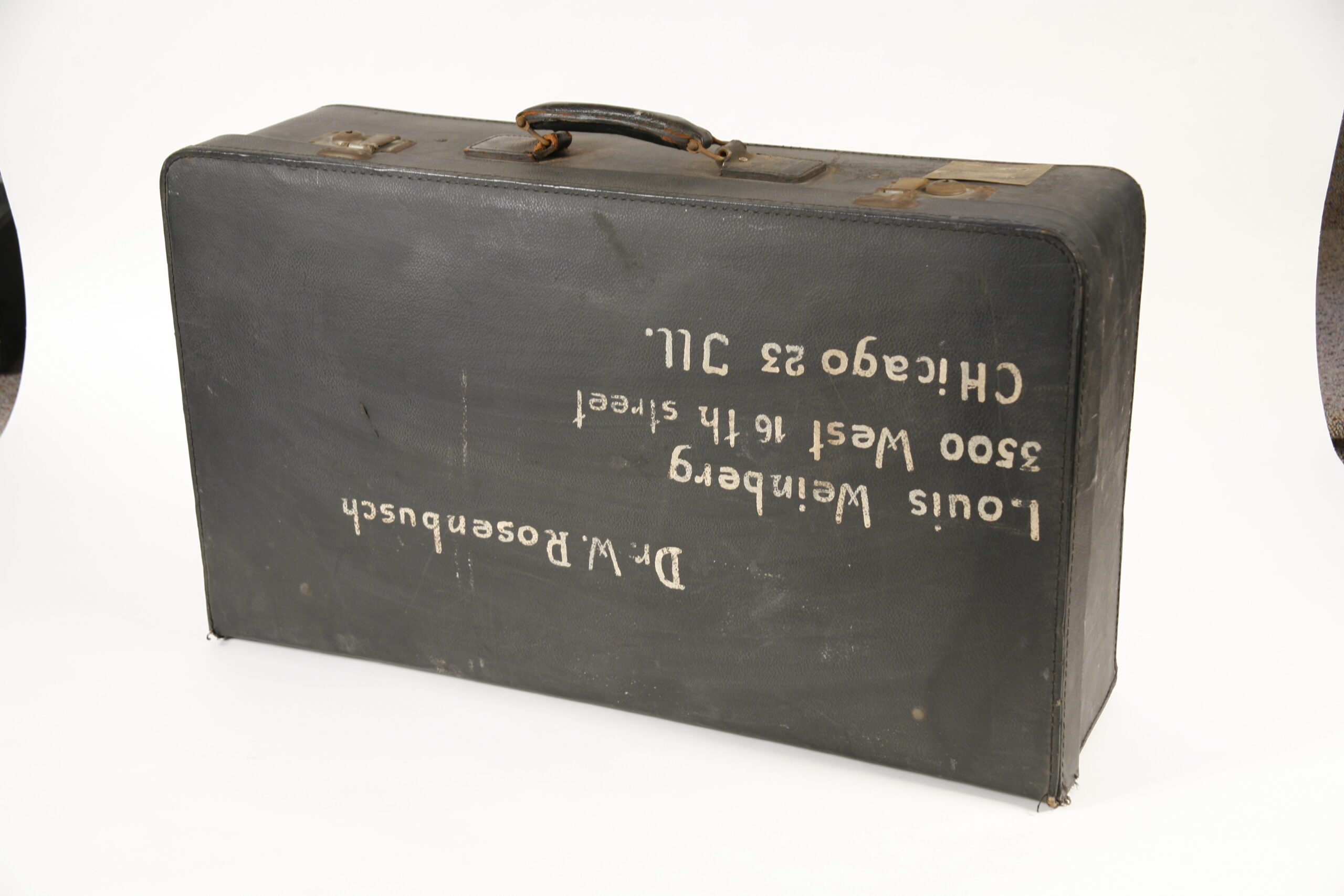 Black/brown leather suitcase with a black handle used by Walter Rosenbusch as he departed Stuttgart, Germany, for Chicago with his wife, Rena Rosenbusch, in 1947. The side of the suitcase is printed with the address of his uncle in Chicago; “Louis Weinberg 3500 West 16th Street Chicago.”

Walter Rosenbusch was born in Katowice, Germany in 1913 to Regina and Siegbert Rosenbusch. His father owned a business that distributed steel and iron pipes for sanitation and construction.

In 1939, the Gestapo took over the Rosenbusch family business. Walter made his way to Lublin, and in January 1940, he began working in a leather factory. He spent three years working in various leather factories and living in the Lublin ghetto, or the factories themselves.

In January of 1943, Walter heard that all the remaining workers were to be deported to Majdanek concentration camp, so he escaped to Warsaw. He managed to receive falsified non-Jewish papers through the Polish underground. With 500 Poles from Warsaw, he was sent to a repair works for the railroad.

On May 2, 1945, the Russians liberated the area and Walter went back to Lublin, where he worked in a leather factory for a few weeks. He soon found out that his parents had been killed.

Walter made his way to Karlsbad (Karlovy Vary), Czechoslovakia. From there, he was smuggled into Germany. In Stuttgart, he met his future wife, Rena. For a few months, he worked for the American military government supervising a factory. Rena and Walter were married in Stuttgart in 1946 and came to America in January 1947 to a relative in Chicago.