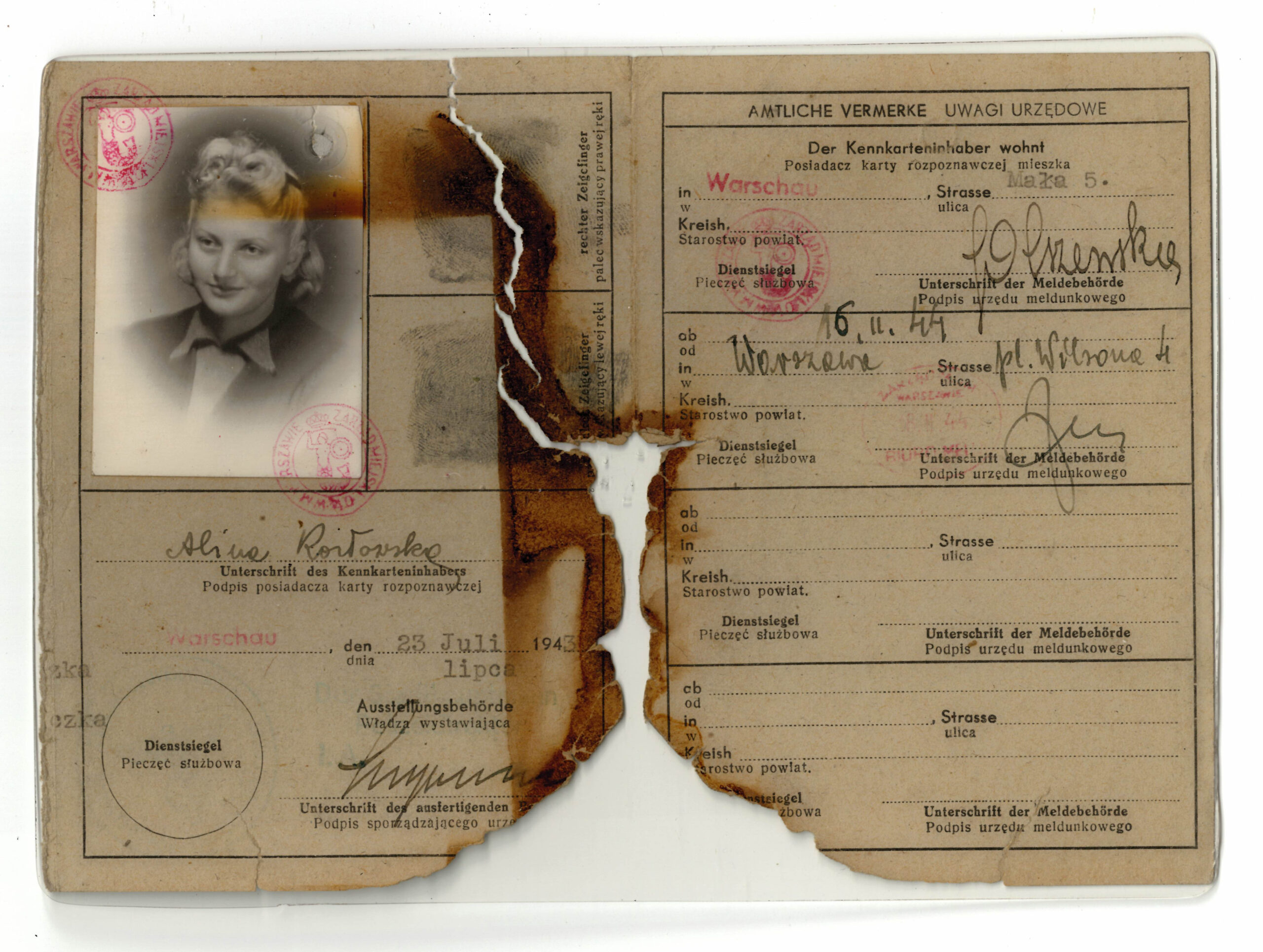 During the Holocaust, there were many efforts made to escape the Nazi regime.  Some Jews of Poland made attempts to acquire falsified documents, and adopt an altered lifestyle, that would allow them to pass as Polish Catholics.

This false Polish identification card (Kennkarte) was issued to Aline Wintergreen on July 23, 1943, in Warsaw, German-occupied Poland. The document is in both Polish and German. This identification card was just one of many false papers that protected her hidden Jewish identity.

Aline Wintergreen was born Alina Haspel, on June 20, 1922. She grew up in Przemyśl, Poland – near the present-day Ukrainian boarder. After the Soviet invasion of Eastern Poland in September 1939, Aline and her family fled to Southeastern Poland (present-day Ukraine), near the Romanian border. They returned to their home a few months later to find that Soviet soldiers had moved into their apartment; thus the family relocated to Lwów, Poland (present-day Lviv, Ukraine).

The Nazi army invaded Eastern Poland in June 1941, and then forced the Jews of Lwów, and surrounding towns, into the city’s ghetto later that year. Aline, her sister Harriet, and their father quickly went into hiding to avoid being placed in the ghetto – their mother was captured by the Germans and never seen again.

Aline’s father, a previously successful businessman, purchased false papers for himself and his two daughters. Aline’s name was changed to Alina Eva Kozlowska, and she was given a silver Madonna and Child pendant to wear; she also began attending Catholic services on Sundays and attempted to bleach her dark hair.

Unfortunately, the papers did not always provide Aline complete protection. Numerous times she was arrested, managed to escape or be set free, and then go back into hiding. The paper was burned when a British bomber exploded a weapons armory near the labor camp where she was imprisoned, near the end of the war.