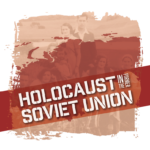 While more than 2.5 million of the Shoah’s victims were Soviet Jews, many of the stories of the victims and Survivors of the Holocaust in the Nazi-occupied territory of the former Soviet Union have never been heard. In our own Chicago community, virtually every Russian Jewish family has a connection to these losses and a story to tell.

Join CJE SeniorLife Holocaust Community Services, Illinois Holocaust Museum & Education Center, and community members, as we commemorate the 80th anniversary of the Babiy Yar massacre and the opening of the Museum’s multi-gallery Holocaust in the Soviet Union core exhibition update.

This powerful commemoration and opening will include a keynote presentation by Professor Zvi Gitelman, Professor Emeritus of Political Science and Preston Tisch Professor Emeritus of Judaic Studies at the University of Michigan (Ann Arbor), Author of Bitter Legacy: Confronting the Holocaust in the Soviet Union, and Project Scholar for the Museum’s exhibition project; music from the Grammy-nominated Yiddish Glory project, with remarks by Professor Anna Shternshis, Al and Malka Green Professor of Yiddish Studies, University of Toronto; remarks by Holocaust Community Services and Illinois Holocaust Museum; and a candle-lighting ceremony.

This program will be live and on-site at Illinois Holocaust Museum. A virtual viewing option will be available. The program will be conducted in English with simultaneous Russian translation available for both on-site and virtual audiences.  ***Masks are required and social distance guidelines will be encouraged at this on-site program.***

Reservations are required for both virtual AND on-site options. Docent-led tours of new galleries focused on the Holocaust in the Soviet Union will be available from 4:00 – 5:30 pm. A link will be sent to all registrants for the virtual program 24 hours before the commemoration.

Augmentations to the Holocaust in the Soviet Union Galleries are made possible through the generous support of: Tanya and Michael Polsky, The Conference on Jewish Material Claims Against Germany, Julie Bashkin, and Matt Brody.